Good Ideas Glow in the Dark 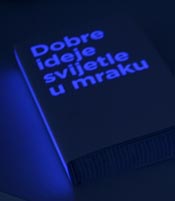 The architectural and designer highlight of the Weekend Media Festival (which was held from September 23rd – 25th in Rovinj, and which we covered here) was the Adris Group’s “hidden” presentation area. The Adris Group as the main sponsor of WMF presented “Good Ideas That Glow in the Dark” at its module (in a large hall with various presentation zones and booths, including the pogledaj.to Glowing Cube). “Good Ideas That Glow in the Dark” is an annual report by the Adris Group designed by Bruketa & Žinić. The publication shows this large company’s work throughout the year as it strives to come up with ideas and solutions and to do good by others in this difficult time of global economy crisis. They strive and they succeed because, as they say at Adris, investing in creativity can produce ideas that light up the future. 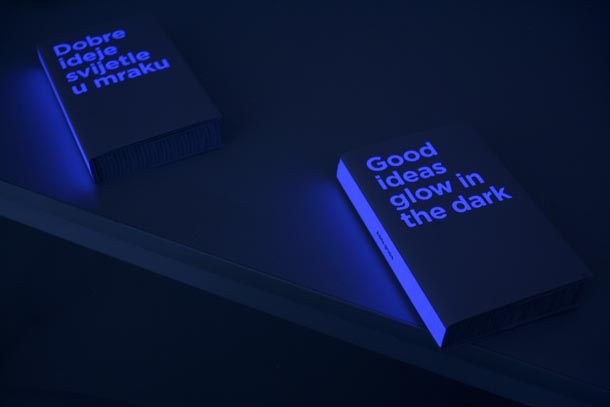 As the report’s title suggests, this seemingly simple, white publication with a perforated title glows in the dark. Bruketa & Žinić have been awarded the Red Dot Award for their work on the report which you can see at the Museum of Arts and Crafts’ Croatian Design Exhibit. The Red Dot Award is one of the most important awards in visual communications, but it’s not the only one that adorns the offices of Bruketa & Žinić: they’ve been awarded the Epic Award and the European Design Award. 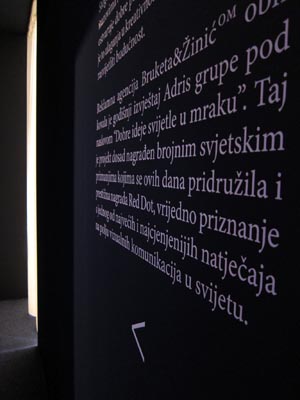 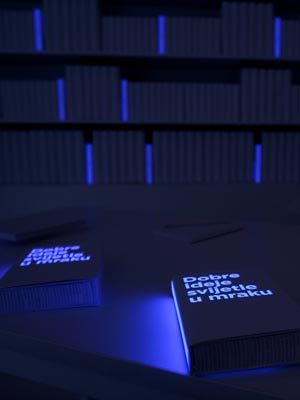 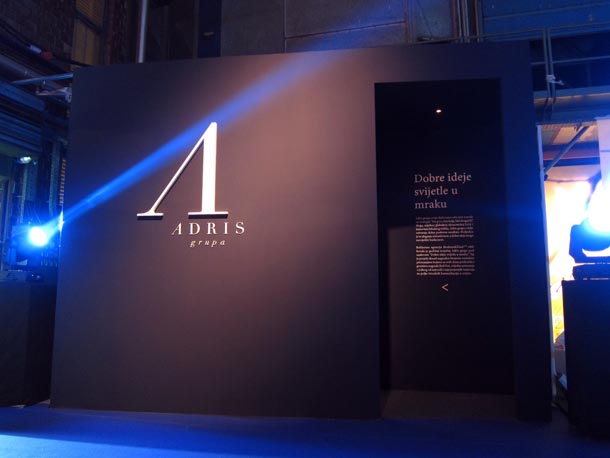 The Rovinj exhibition area is the work of designer Davor Bruketa and architect Damjan Geber. Geber is the author of the project, and Vesna Đurašin is the producer of Adris’ zone. The authors wanted to make an area which would be both dark and lighted, and what they came up with is an achromatic space that at times gets dark. The idea behind the area is to confuse the visitors who enter the area from a hall overflowing with colors and sounds, to engulf them in a surreal world of complete whiteness or complete blackness, where only “good ideas glow in the dark”. 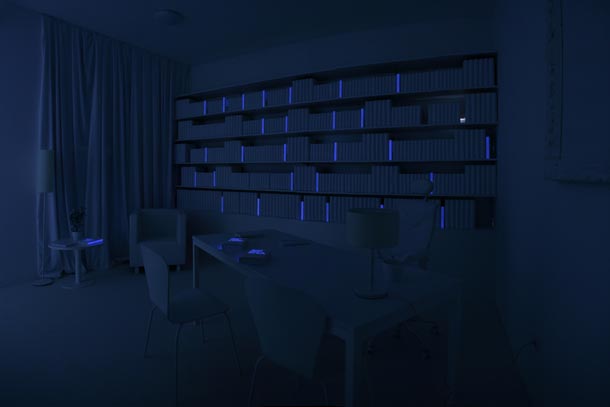 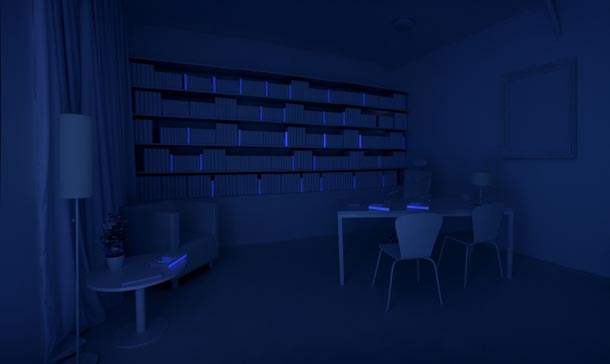 Some Weekend visitors didn’t like the zone’s location at the very entrance of the hall, saying that the zone where only good ideas glow was actually so hidden that many visitors didn’t even know that behind Adris’s booth they could find such a designer treat. This, however, gives a mystical quality to the area at hand, which was seen by few, and can now only be viewed in photographs. 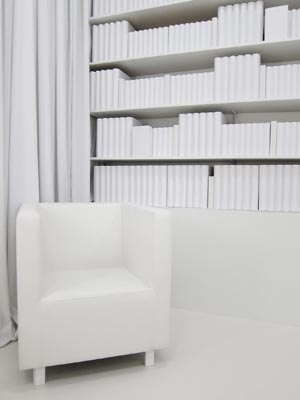 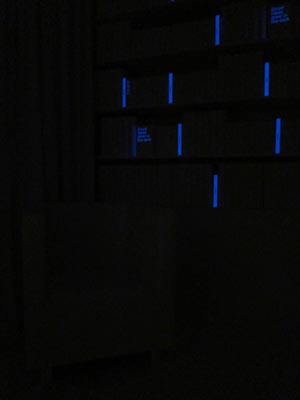 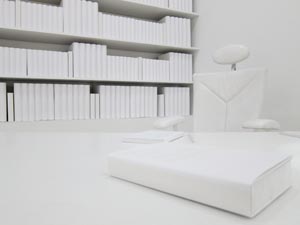 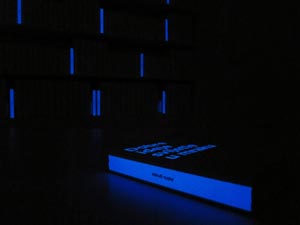 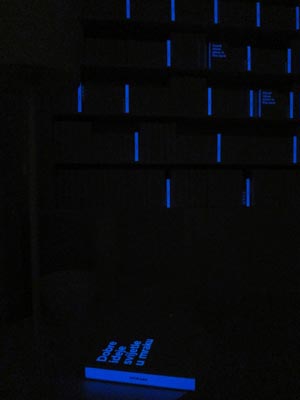 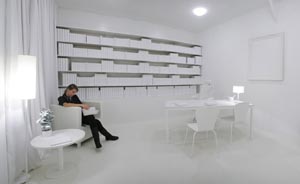 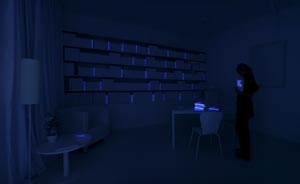 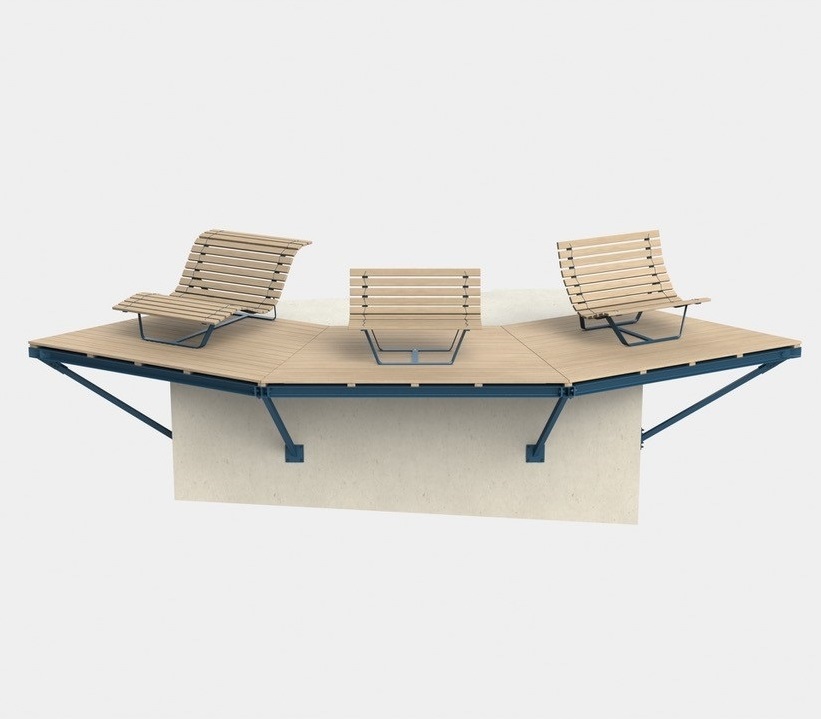 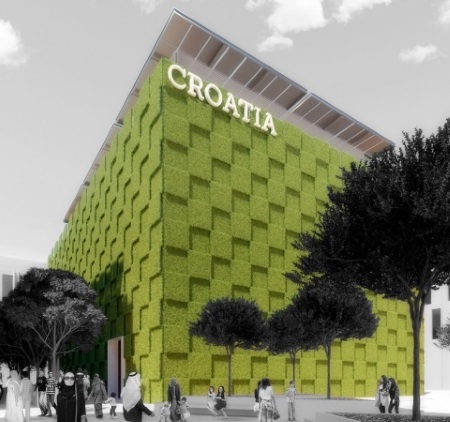