Beyond the Black Mirror

The recently closed Think Space non-conference in Lauba both hosted renowned world-famous architects and managed to provide insight into the production of young architectural forces who are quickly progressing to their mentors’ level. Precisely for the “needs” of Think Space, artist Kristina Lenard was invited to create a site-specific installation that’ll be a part of the shifting Lauba set-up for the next two months.

Kristina Lenard is best known for symmetries and how they’re conveyed through photography. We were thus surprised by the spatial photography, a miniature moss and bonsai landscape formed with perfect symmetry, only properly coming to life when it’s viewed reflected in Claude glass.

“The inspiration came from Claude Glass, an optic device used by painters in the 18th century. It’s interesting to note that today painters use photography as their aid in painting, even Artuković once mentioned how a photo shows reality while he takes it to a whole different level with his painting. That’s why I found this painters’ aid, the lens’ predecessor, to be such an interesting device. It functioned in a way so that painters would view nature with their backs turned to the landscape, while the mirror would reflect subtler contrasts and muted undertones. I used the black mirror effect in my Balloon Balance work with the idea that a shiny black surface reflects a lot of light and acts like a mirror. Two balloons, one filled with helium, the other with just air, are balanced within a space and reflect the empty room without the presence of either objects or the photographer.

The process of creating the installation developed spontaneously and organically – the work was created according to what was seen in the black mirror, not for the purpose of photographing, but as a means of creating a perfect symmetrical landscape and several levels of viewing one particular space. Mirror symmetry is reflected in the mirror, there are three levels and viewpoints of looking at the installation: First off – the material level which can be viewed from a bird’s-eye view.  Second – the view into the black mirror – everything was subjected towards getting an ideal picture in it, although it’s just a reflection and doesn’t really exist. The third is looking through a lens which can move left to right and gives us a panoramic view of the landscape where we can view a clip of the picture in the black mirror, which makes it impossible to see the broader picture and symmetry. That’s selective viewing.“ 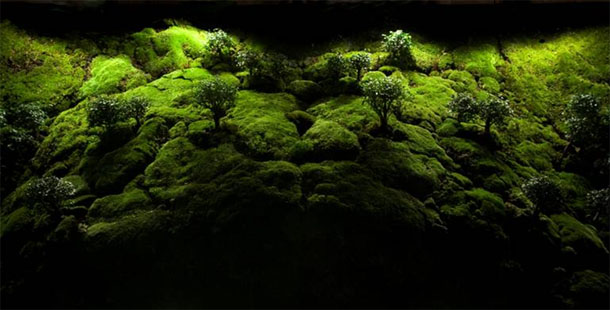 The seemingly absurd act of reflecting nature this way, is actually in sync with the numerous optical effects provided by the black glass. We could almost say it’s a device for producing virtual reality from the 18th century, because it really shows things as they should be, and not as they are. We can view Kristina Lenard’s re-use of Claude mirrors as a demonstration of assumptions we link with perception and landscape representation (or is it reality?) today. This is best understood while viewing a contemporary tourist and the relationship they develop through their perception of a place and the relationship between their body and the environment. The Claude mirror, even though one could dub it atavistic, a throwback from the 18th century, without a doubt perfectly embodies and represents contemporary culture – the mediation of the real through various modes of viewing, proving that our every glance is culturally conditioned and almost never pure. “A lot of people collaborated on the project, until we got perfect perspectives, Nikola Kukić helped me out immensely with the infrastructure, irrigation, advice on the plants. The installation will be here for a two-month period, the installation and its symmetry will inevitably shift due to the type of material.” 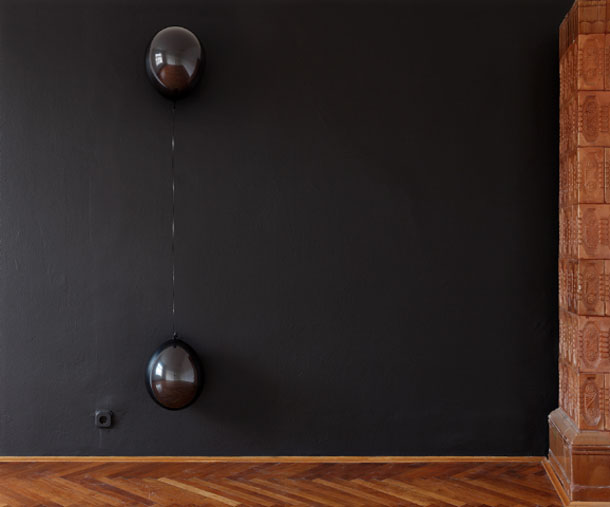 However, her work can certainly be linked to the field of bioengineering, bioethics and genetic manipulations as it deals with nature in all its impossible ways, shapes and forms. She also used bonsai trees and manipulated them in the same way. Even though she holds a degree in sculpture, photography is Kristina’s primary medium, in this work she uses a similar strategy as in her previous works, the work will be photographed, and we as viewers also photograph it to a certain extent, just by looking at it through our individual lenses: “A photo manages to camouflage levels: what interests me in the medium of photography is that, at the same time, it’s real, and it isn’t real, and questioning to what extent people actually believe a photo and all its levels open to interpretation. People often put too much trust in a photo and refer to a photo as proof that something indeed exists… the essence of what I deal with in photography is attempting to prove just the opposite, I request the viewers to really delve into and enter the photo long enough to catch all the details and nuances and activate their perception. I still consider sculpture close to my heart, especially while I’m working on an installation for photographing.”

It’s interesting how nothing in nature is perfectly symmetrical, while the history of esthetics is based on symmetry. And that’s precisely the fundamental concept that Kristina Lenard’s opus focuses on within the context of this traditional art history premise. She developed these concepts of symmetry in her series Photosynthesis (2007) and Apparitions (2009), which she presented at exhibitions at the Galženica and SC Galleries. 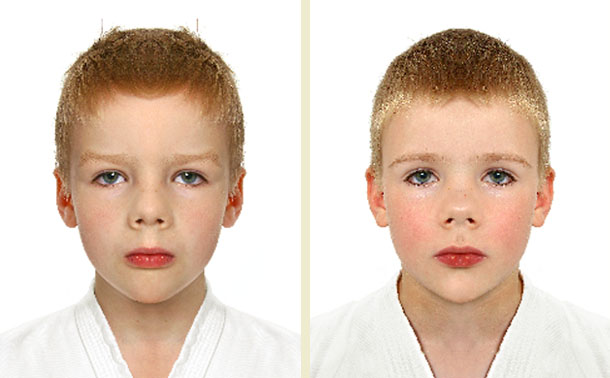 “In Photosynthesis the initial idea was researching symmetry, beauty and perception within the medium of photography and questioning the medium itself. I attempted to confirm the statement that when a human face is more symmetrical it’s also more attractive and pleasant to other people as well. Portraits and photographs of installations were shown at the Photosynthesis Exhibition. People reacted to the “forcefully” altered symmetry of a child’s face, either positively or negatively. While altering the pictures in photoshop, I intentionally left traces: tufts of hair, small anomalies, so my procedures would be noticed – but everything depends on the level of the beholder’s perception, some noticed, some did not.

The same thing happened with still lifes, I give my viewers, through large formats, an opportunity to see minute deviations from perfect symmetry and moments that go into constructing the installation. When the viewers recognized the key to reading my photos, everything became that much more interesting to them. The series Apparitions also deals with the medium of photography and how much faith people put in it. I wanted to create a series of “apparitions” such as those one can find on the Internet: an apparition in a sliced lemon or everyday objects, items which are sold for a high price on eBay. So I tried to use such methods and create a false apparition or illusion through photographs.”

Kristina concludes with voicing her views on what observing really means, its implied consequences and how we actually look at something:

“Numerous studies have been carried out on how our eye receives a lot more information than we’re aware of. The mind compares and contrasts taking into account known things and that’s what our observations are actually based on. Of course, we don’t see nature the same way as someone who lives in the forest does. In addition, there’s a theory that when the first westerners met with the indigenous peoples, they weren’t able to see their ships as they didn’t know about the existence of ships. You see what you know exists and what you believe in. You see what you want to see.” 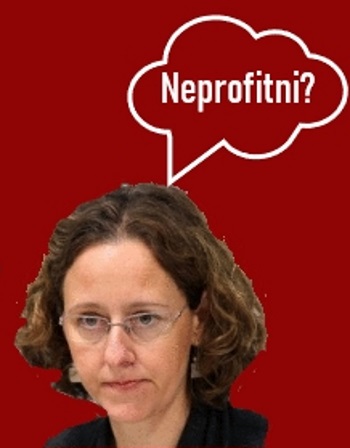